This year we will be cleaning both Four Peaks AND Sycamore! Both of these areas see a lot of responsible use and along with it, a lot of irresponsible use. So lets get out there and change public opinion to help everyone realize that there is a responsible majority in the outdoor user community!

We also have a "Paypal" donation link set up here at the top of this page! Every little bit helps us cover the costs of the cleanup from a free lunch for the volunteers to the trash bags we use. Thank you! http://fourpeakspickup.blogspot.com/

Ignore the DATE on the below map. It's from last year! This year its February 6th, Saturday. 2010 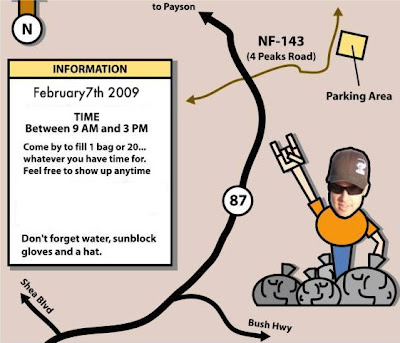 Great thanks needs to be given to Blue Sky Sanitation. This is their second year enthusiastically supporting the cleanup.
I recommend using them for ALL of you cleanup needs!
11029 N Indian Wells Dr
Fountain Hills, AZ 85268
Phone: (480) 837-3860 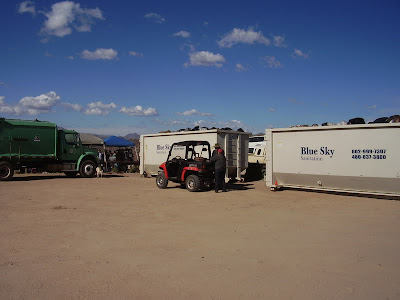 Keep this link handy to report anyone you see dumping trash in area in Arizona!!
http://www.arizonacleanandbeautiful.org/LitterForm/LitterForm_page.html

The offending person will get a letter like this at the very LEAST. 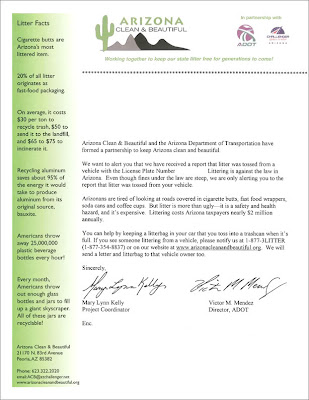 Posted by SOAZ at 10:09 PM No comments: Links to this post

A classic motorcycle finds it way into my garage.

I went on a little ride around town before our friends Graham and Connie came into town on their way from a week long trip in Baja.
This site just encompasses so many holiday feelings for me:

They've taken this uber rare Land Rover Defender 110 all over the world. Including the Sahara via a trip from London to Cape Town.
And the Jacksons set up:

ON TO THE BIKE!

So this little fella was on craigslist and after having to sell my last bike after being unemployed for the better part of the last year I had to have something with two wheels and a motor!

Here is her story as I know it, if you care about that sort of thing.
So there was a guy bidding on a storage unit site unseen. He put in his silent auction bid and actually one. He was only interested in the cargo container itself to use as a storage shed. He was stoked when he found a Chevy small block inside, but not so much when he saw an dusty greasy old jap bike in milk crates.
He called his friend and asked if he was interested in a project. Being a bit of a bike addict he was happy to oblige. After getting a new title he decided it was worth rebuilding the motor and making her whole again. Once he saw she ran, he painted her up. After a while he became bored and put her up for sale.
That's where I came in. This 4 Cylinder, 4 Carb, inline cylinder 8 valve fella was a bit of a racer in its day. 72 HP aint bad for 1978.
She pulls strong, strong enough to get me into trouble.

Here she is. I was going to go cafe etc etc. After a freezing cold ride tonight where I couldn't wipe the smile from my face, I may just leave her alone in all her glory. We'll see.

Now its time for a well balanced meal with lots of color. Posted by SOAZ at 11:22 PM No comments: Links to this post

We also have a "Paypal" donation link set up here at the top of this page! Every little bit helps us cover the costs of the cleanup from a free lunch for the volunteers to the trash bags we use. Thank you! http://fourpeakspickup.blogspot.com/
Posted by SOAZ at 6:15 PM No comments: Links to this post