Phoenix to Prescott Overland routes 1 and 2 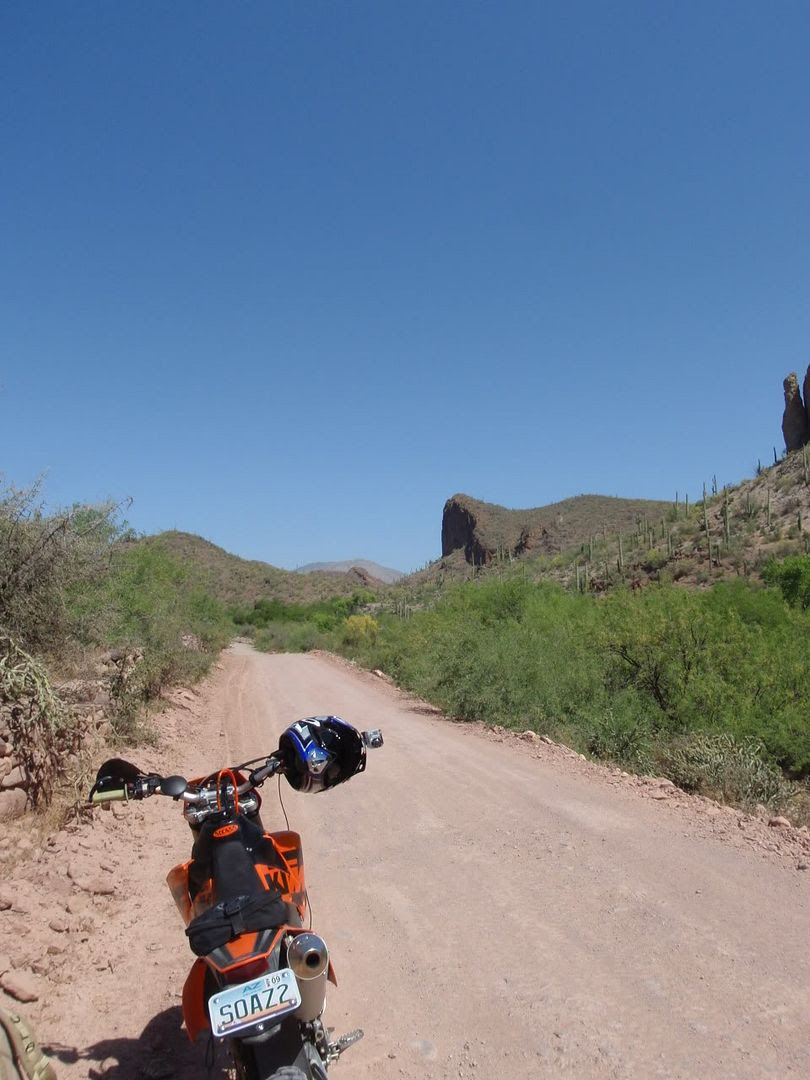 Its not quite yet a completed trip, but since its a one day journey I'll post it here.
Because of time I will have to take about 25 miles of pavement before hitting the really tough slow jeep trail, but this route can also be done with no highway if you have time and creativity.

I'm meeting Tacozona and Bogusblake in Crown King at the old Saloon for lunch so time is of the essense!!


5-17-09 UPDATE:
There are two ways. One involves going up through Cave Creek, then to 7 springs, then to bloody basin, over to cordes junction, up through mayer and into prescott valley.

The way I went starts essentially at Lake Pleasant. Up the back round to Crown King and up the Senator Highway which spits you out just east of Whiskey Row in Prescott.

Its a fairly long ride, but not too bad on a bike. If Jeremy and I hadn't decided to go and run some serious single track along the Senator highway portion I would have felt a lot better by the time we rode into town! :sombrero:

Along the way I pass a group of land rovers, jeeps, toyotas, utv's, a few dirt bikes and quads as well. A dirt bike coming up that back way is tough and tiring, but so much less so than bouncing along in my truck.

At one point I came upon a traffic jam. The folks flagged me down and said no one is getting passed. A truck fell off the edge. This was in a particularly bad area to go off the side. The drop was over 100 yards down sheer. The fellow was really lucky in one sense. He was crawling along and apparently felt his tire hit a rock that stopped his progress so he got out to take a look. The problem being it was a manual and so he just put it in neutral. He and his wife got out to check it out and the car lurched. He was smart enough to resist the urge to jump it to save it. Sadly the car rolled right of the edge and fell down the drop before tumbling a few times as it hit rocks on the way down.
At this point a recovery "attempt" was underway and they had several winch lines tied together to reach it. They also had several trucks tied together. The 30 something folks I had passed on my way up that morning were not going to make it to Crown King that day.
I gave my condolences and promised to buy the guy a beer if he made it to Crown King with the remnants of his truck. I kept on heading up to Crown King. The toughest part of the ride was over and what took the fellas sitting next to me 4.5 hours to do on quads had taken me an hour and a half from my front door in Phoenix. (not saying I'm fast, its just the joy of a 4 inch track width.)
Recovery attempt: 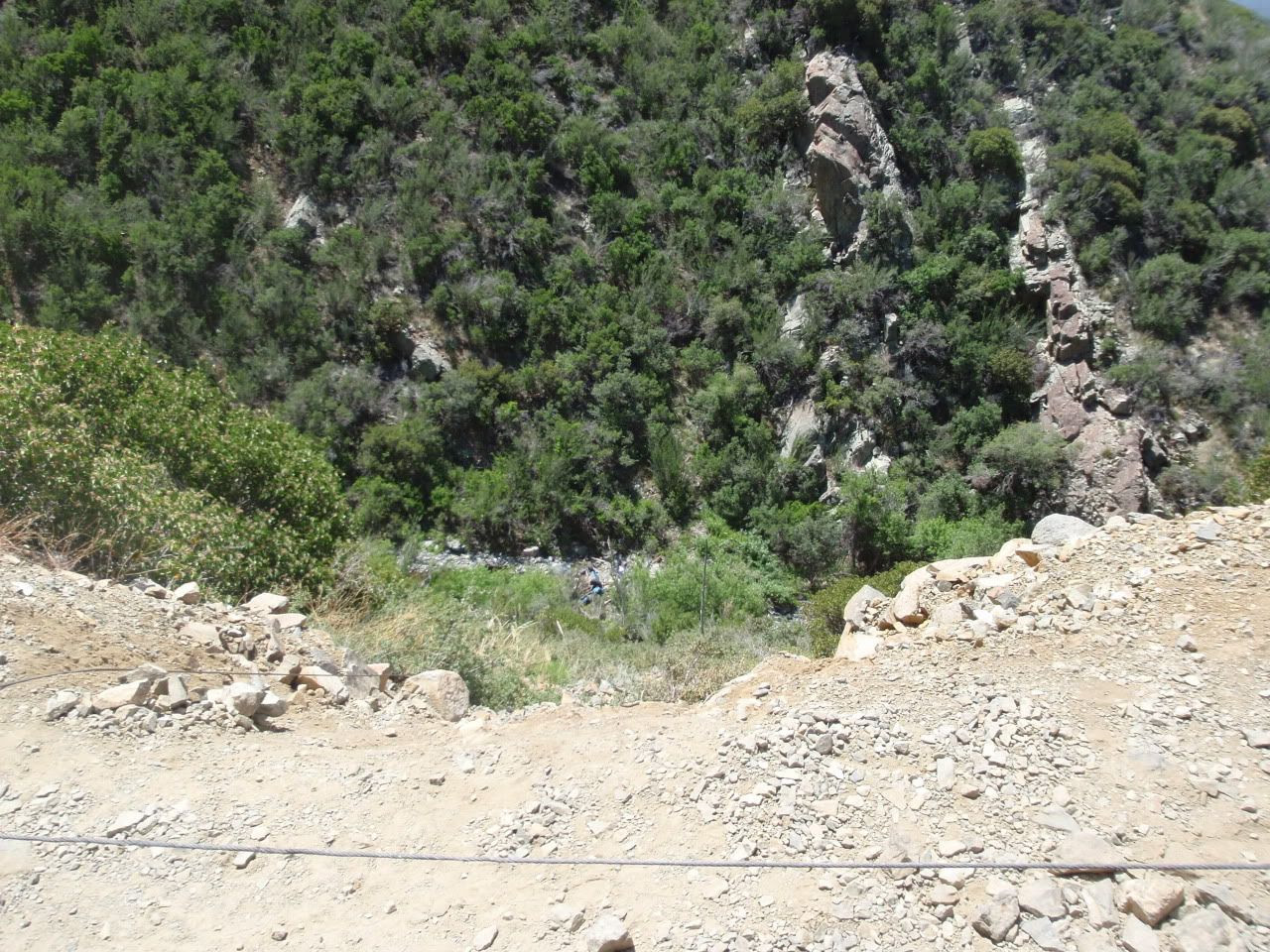 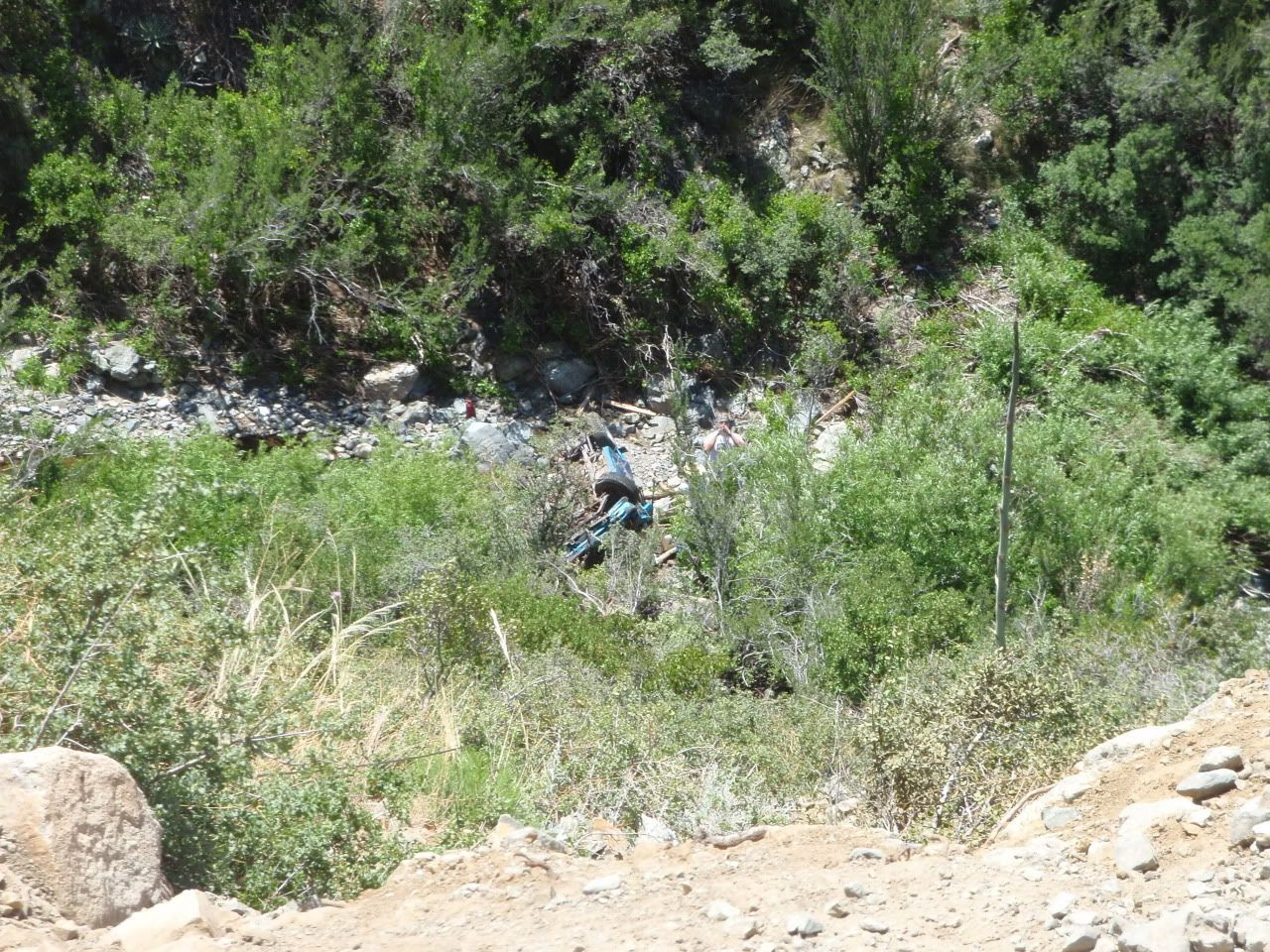 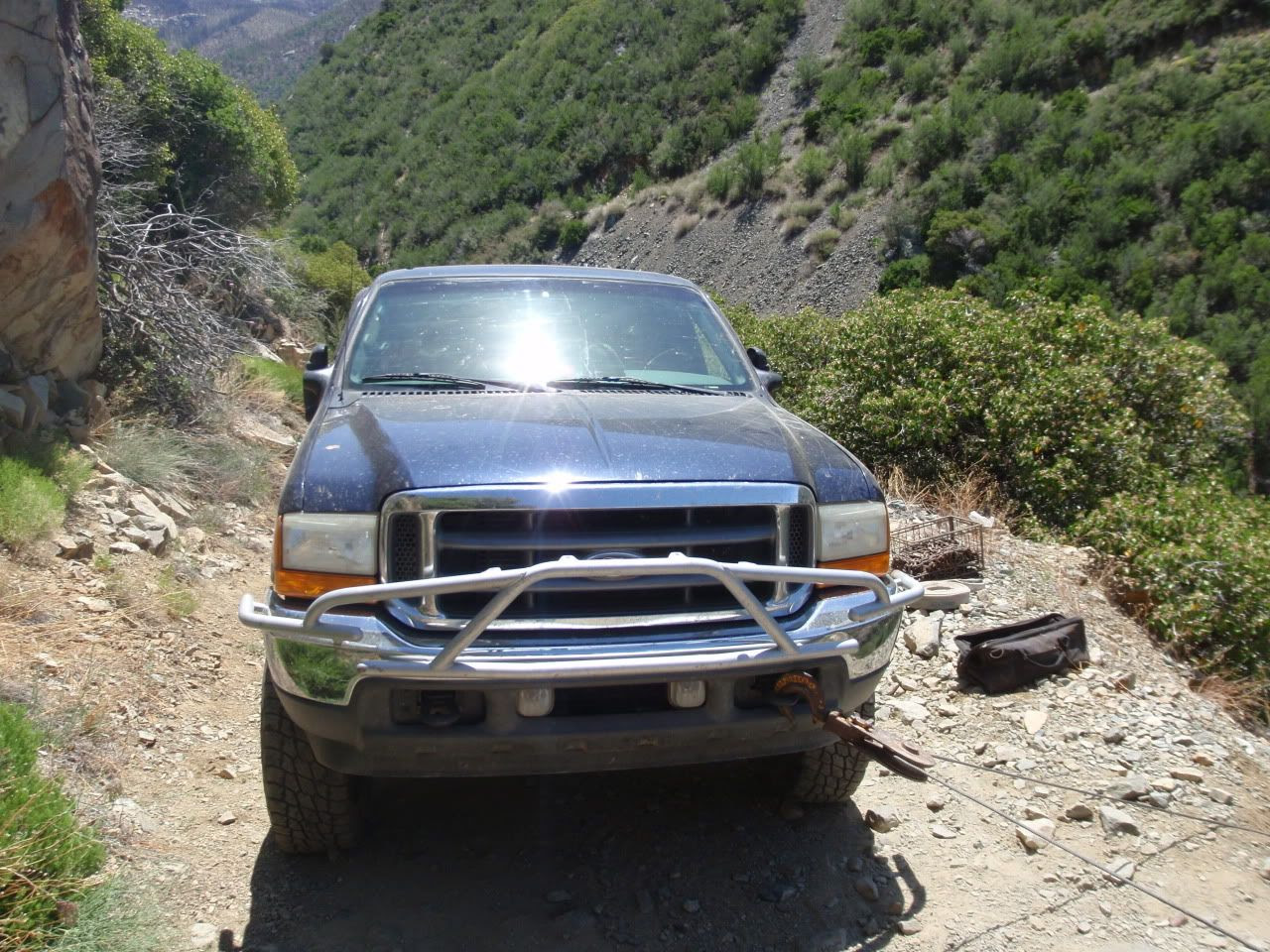 At Crown King I met up with Blake and Jeremy. We ate some giant burgers and headed on out to Prescott along the Senator. Jeremy wanted to check out some single track and I was more than happy to oblige. Blake had been riding for a week straight and decided to head back to Prescott. We explored some singletrack that was at best 12 inches wide and often along a cliff was LITERALLY just wide enough for our tires. Quite a fun trail. Jeremy kept right up along with me and by the time we turned around we were getting tired as can be!
We'll have to find out where that one ends another day.

Back to Prescott we went and over to the Raven for a well deserved beer!

I'll have video... some of Jeremy getting wild on the DR. too. 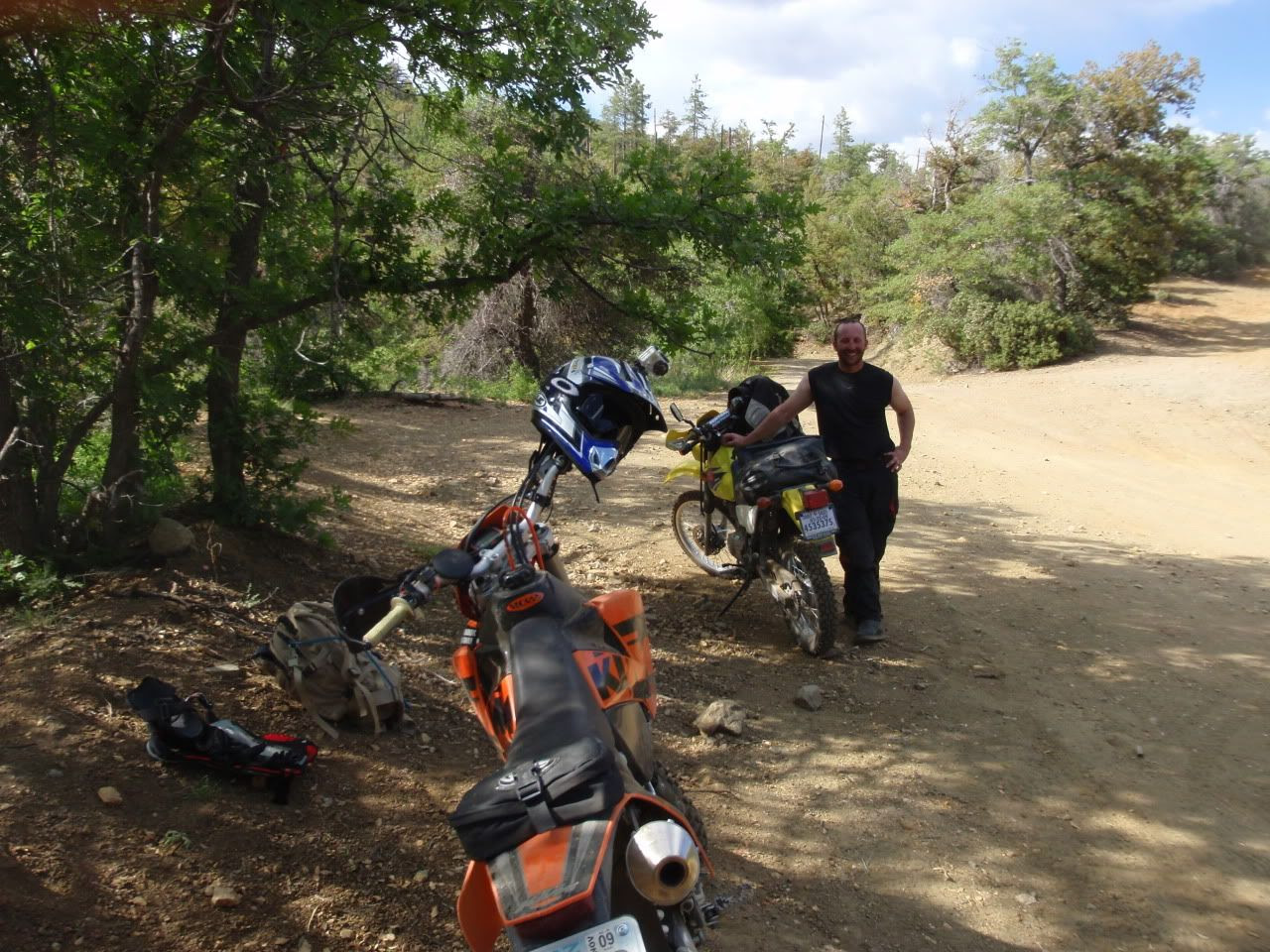 Here are a couple of links of the routes I took: 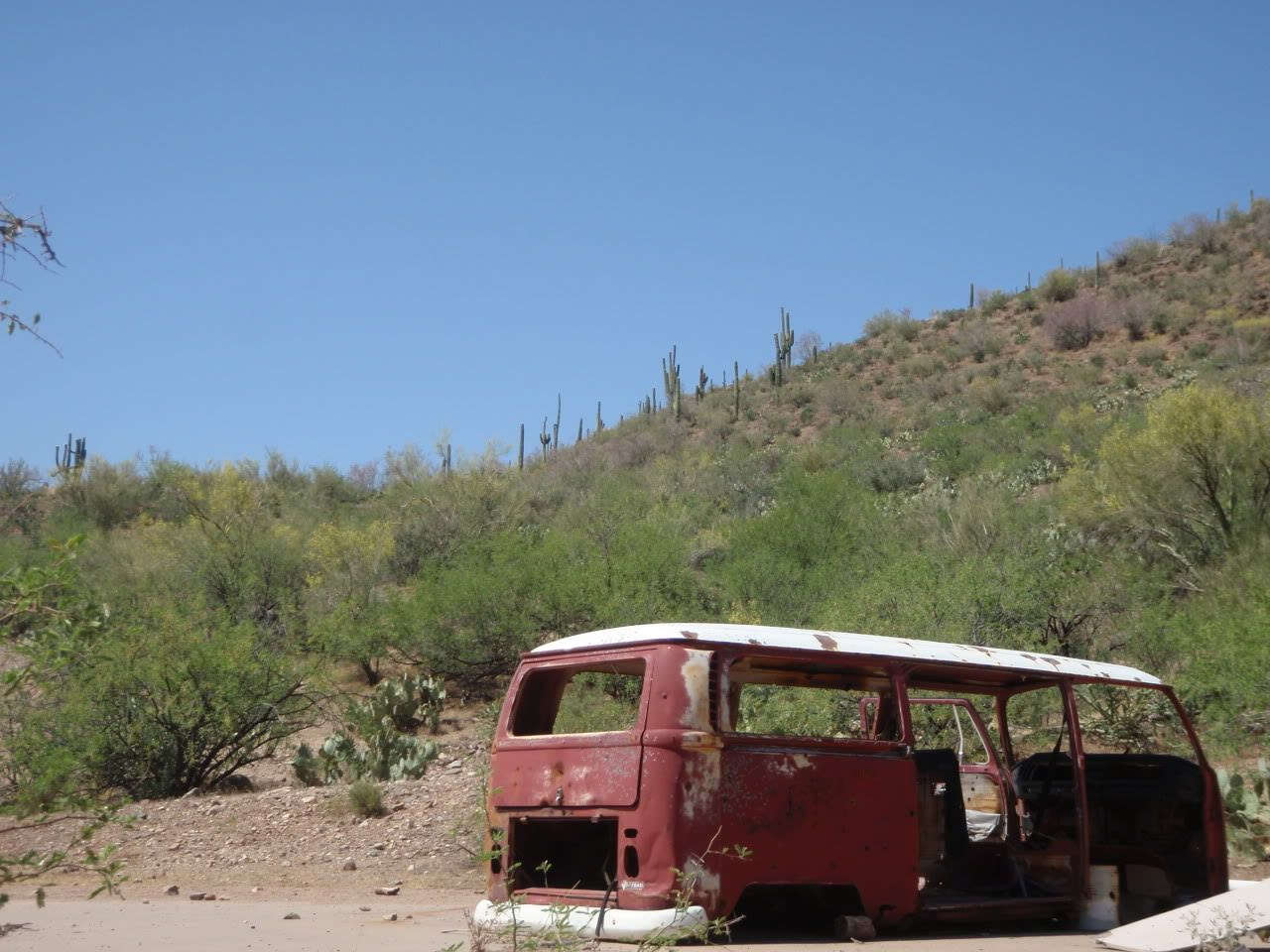 And the Video. the quality is low because its 6 minutes. The singletrack only version is below.

Last Sunday morning I headed out to our meeting point at 8 AM.
I have to admit I was a bit nervous. Considering myself somewhat of an accomplished 4x4 enthusiast, but by no means an expert I wasn't sure how I would fit in. 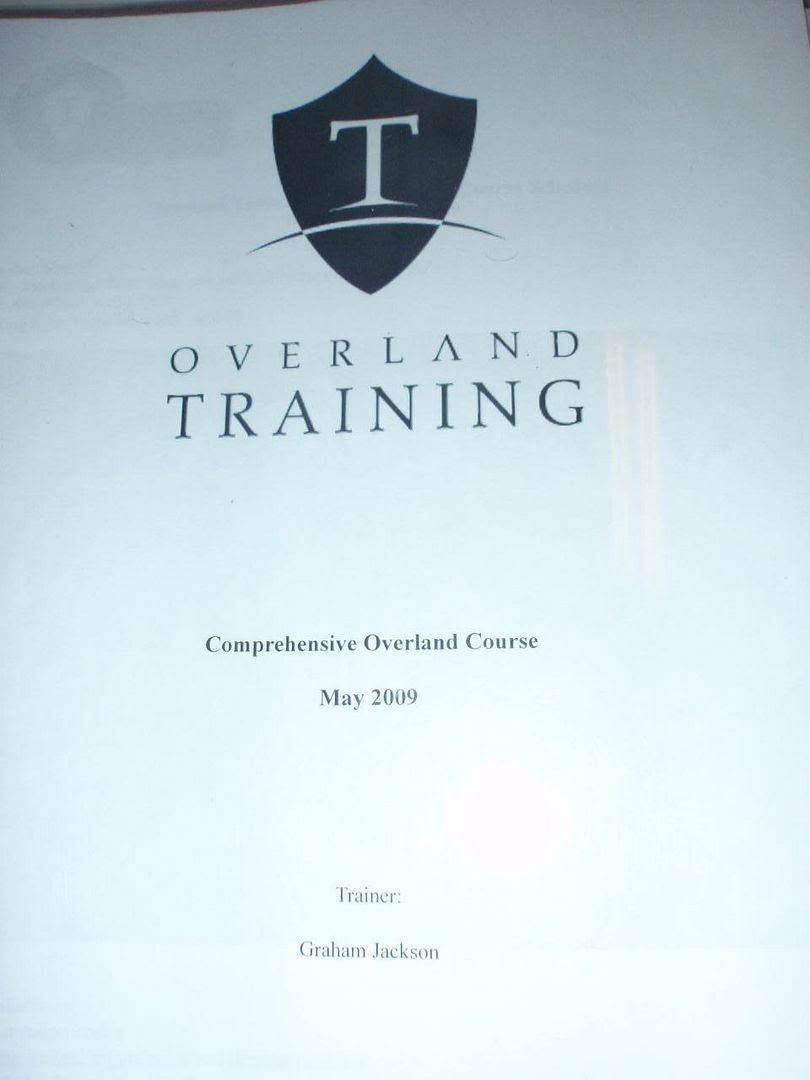 I arrived at the location I had been given GPS data for. I met my classmates and said hello to Graham Jackson, the teacher, who I had been lucky enough to meet previously.
We saddled up and convoyed out to our campsite and outdoor classroom. (let me just say that I could have been a rocket scientist if the classes were held outside! I learn so much better in the real world!;)

After the inevitable ogling at the other classmates beautiful trucks we got down to work. If you can call learning the skills we all crave work.

We started with a driving course, sand driving, spotting, and side hill driving. It is amazing how much of what I thought I knew was enhanced by not only the teacher, but even my fellow classmates.

Not a bad classroom: 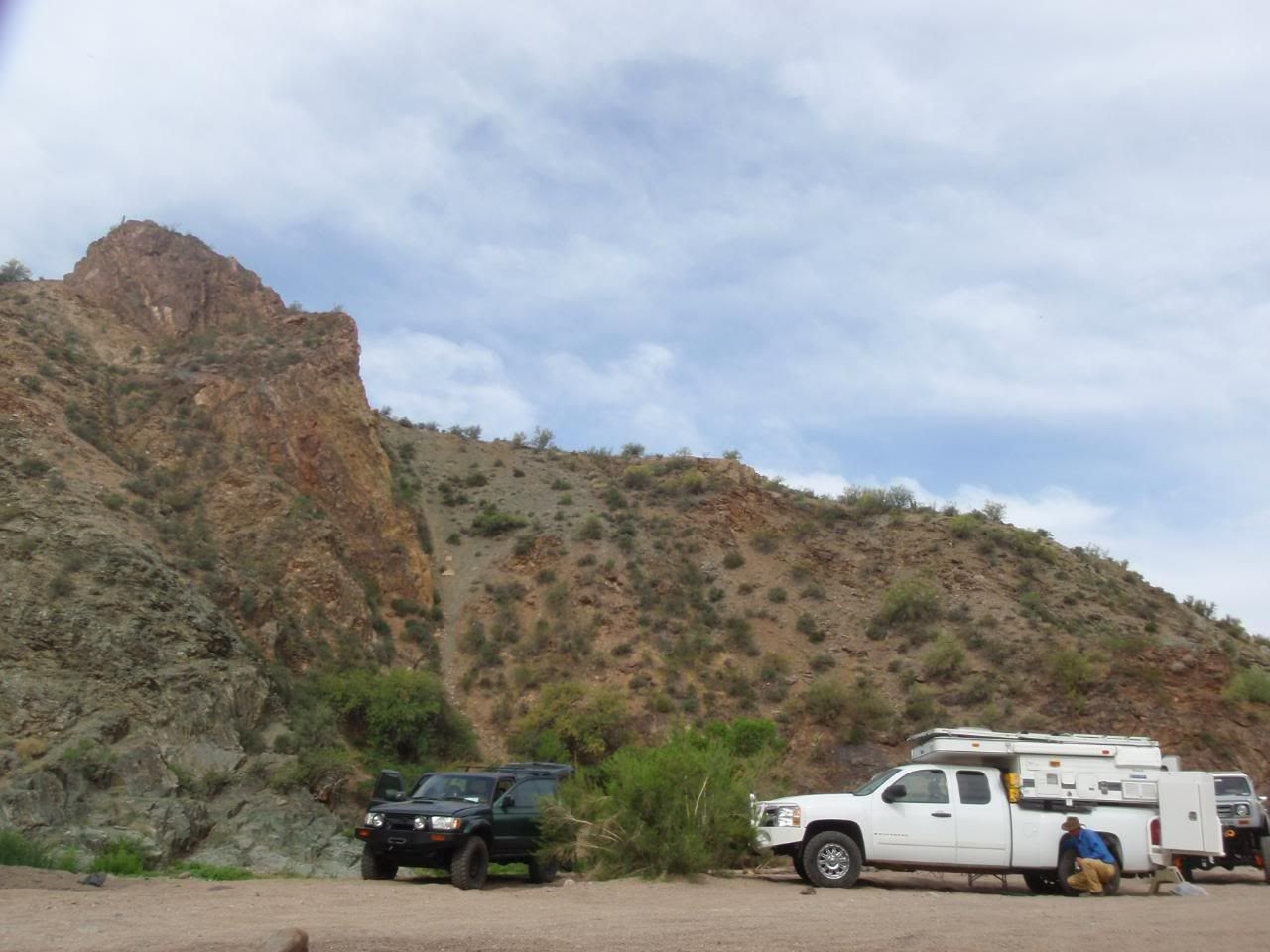 Over the following two days we learned, laughed and told many stories.

After doing an overland route to Prescott we completed the second half of the training at the Overland Training HQ. There was no shortage of cool rigs to use as teaching aids at HQ. 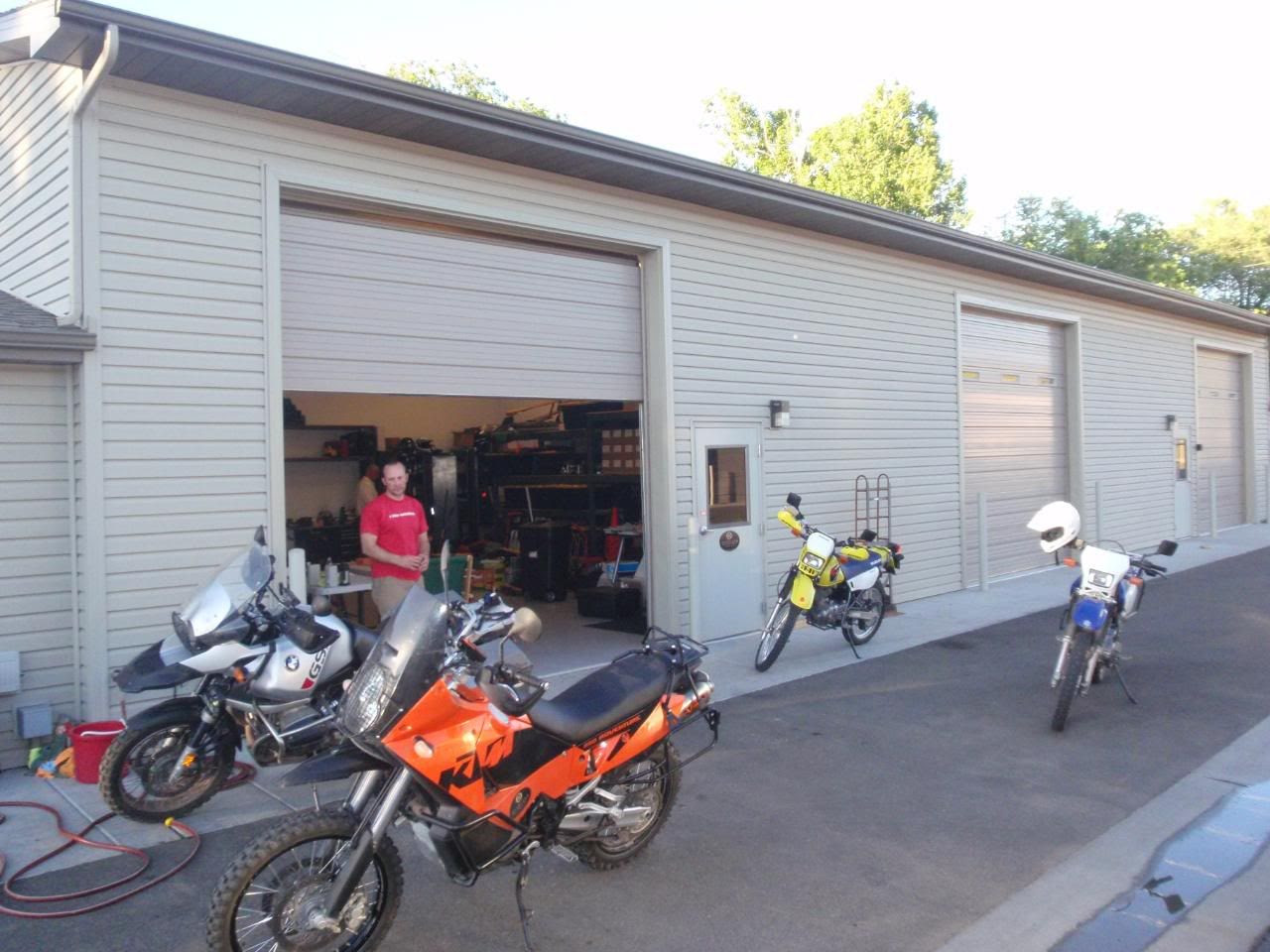 In the classroom was where my weakness lay. Shipping vehicles, international borders, paperwork and all the meat of a real expedition. These subjects are meaningless to me in a book. Having someone like Graham relate each and every point to a story from one of his many trips brought it all home. That is very good because without some sort of relating to real experiences I don't think I'd have remembered it.

At the end of the class we all gladly and successfully took our final test. I look forward to getting my Wilderness First Aid designation so in addition to my Ham license I can be officially Overland Certified.

The only other thing I can think to say is that it was a great week.

Here are some assorted pictures from my experience. 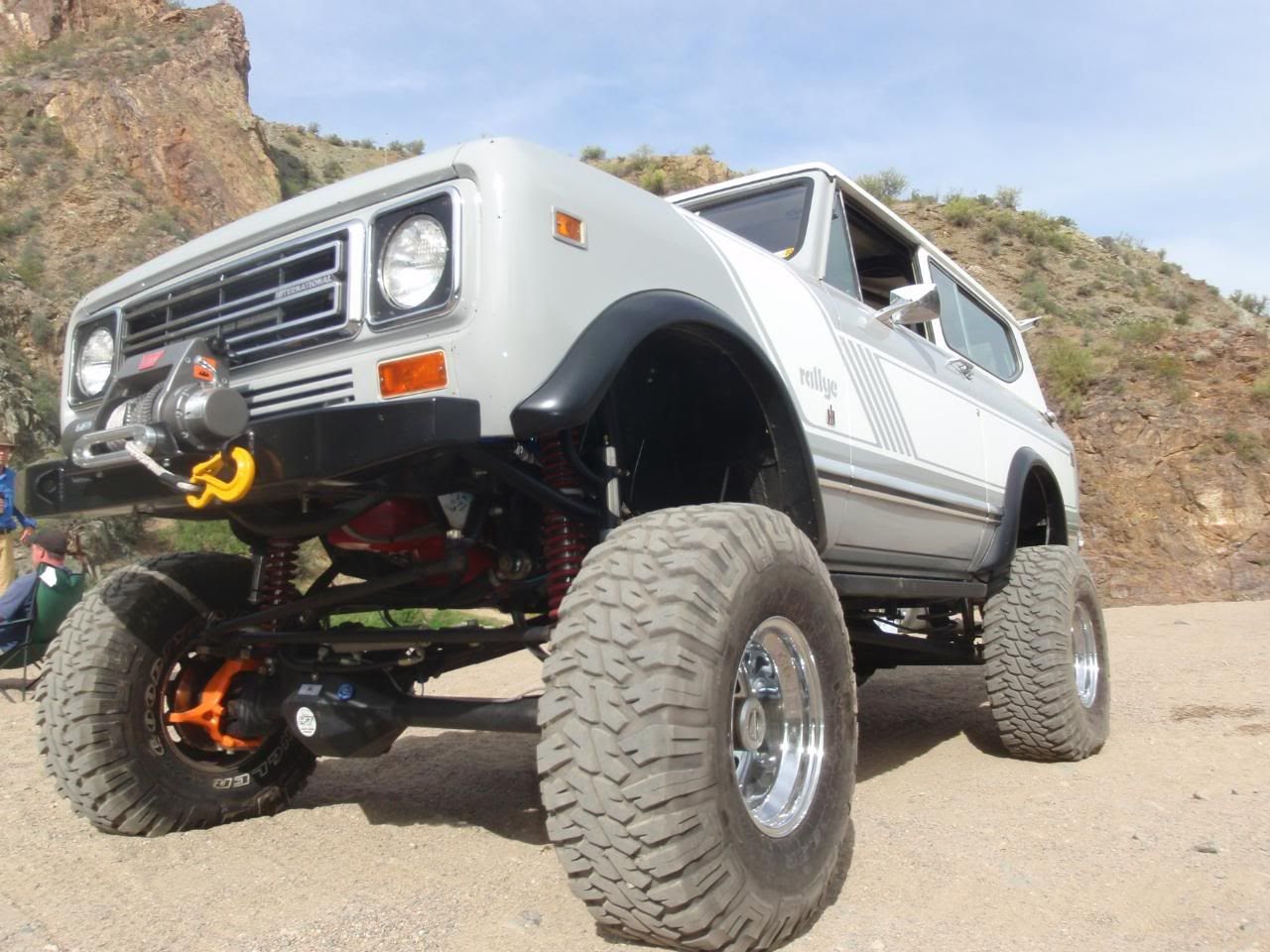 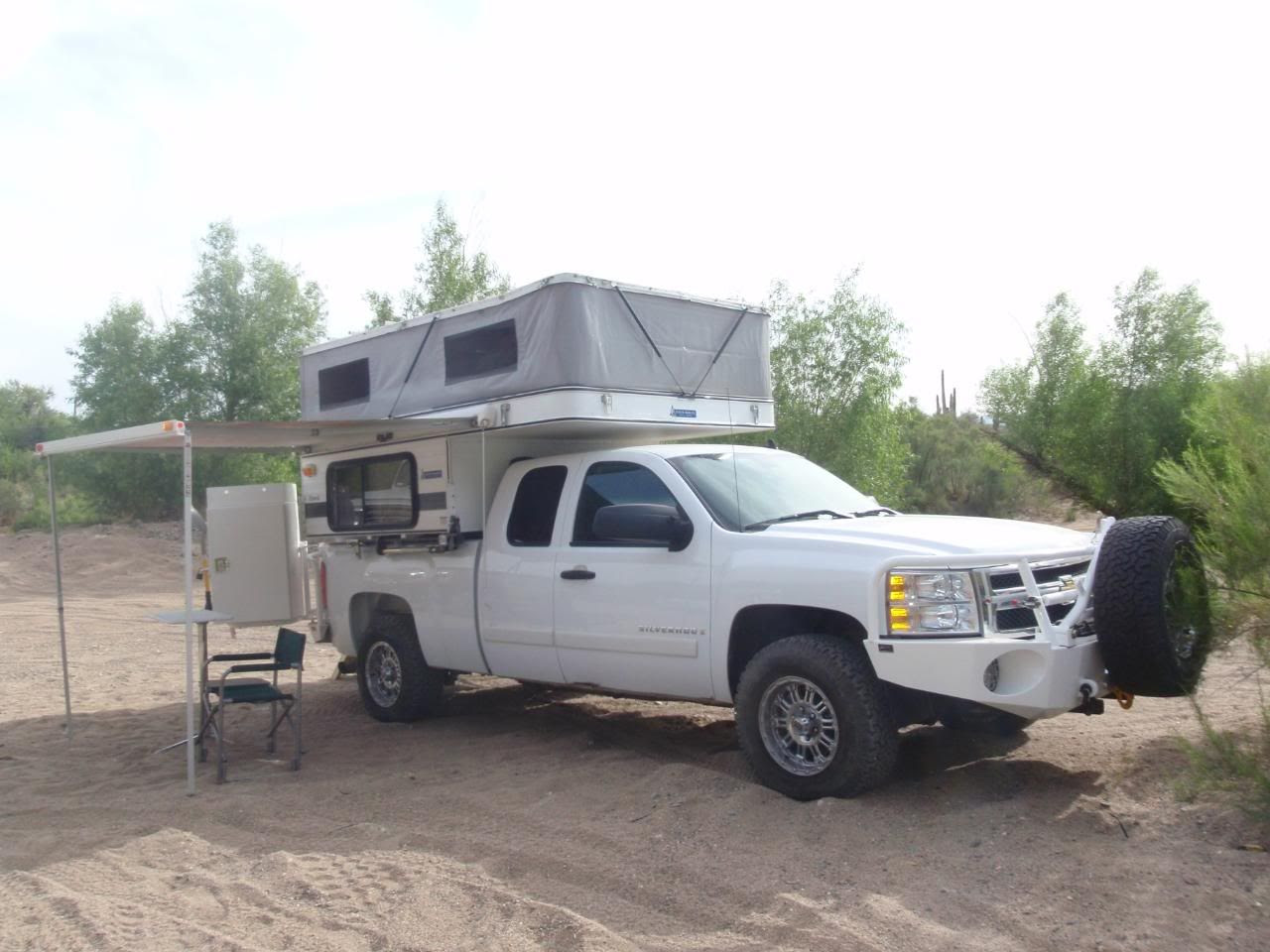 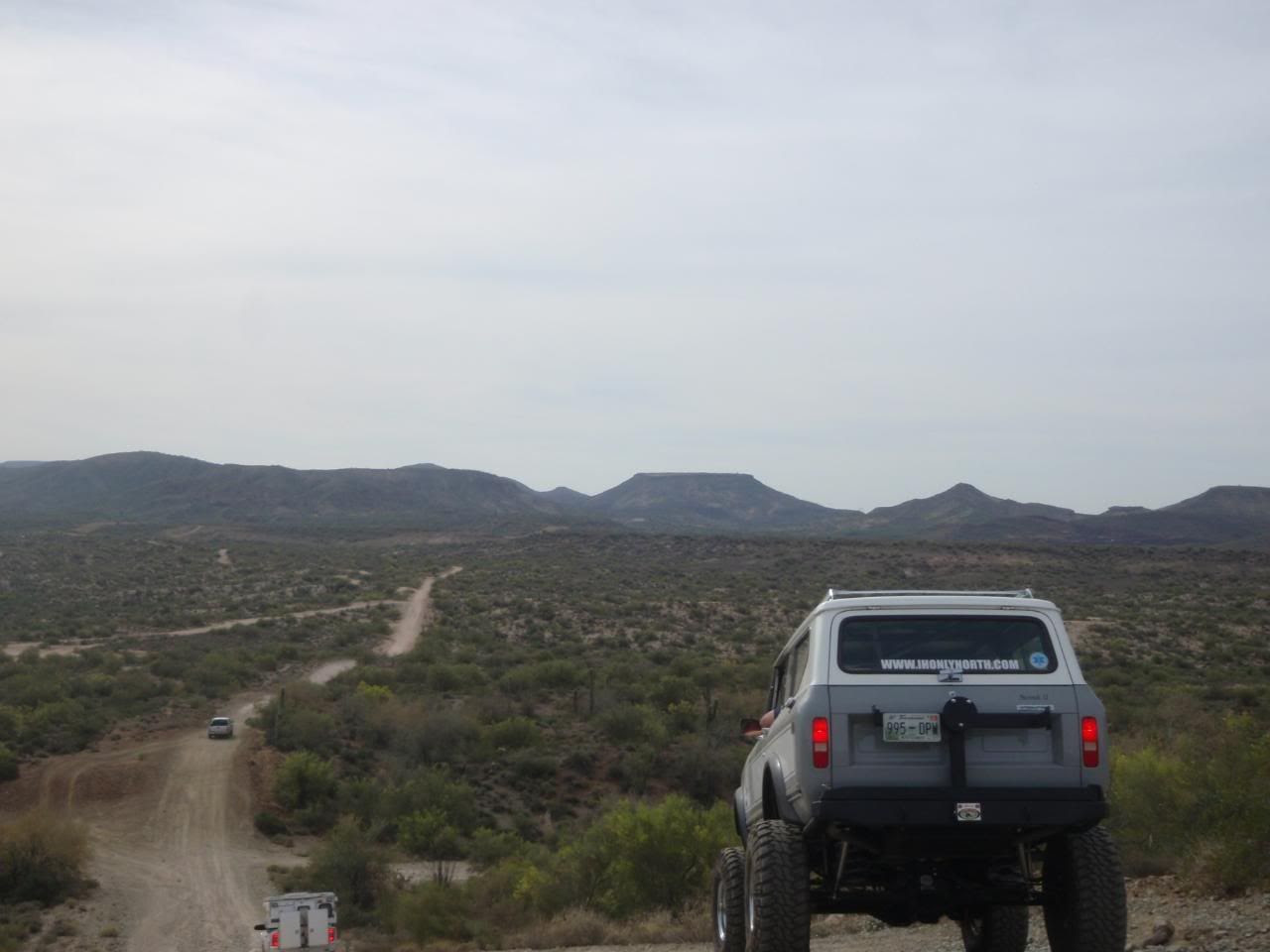 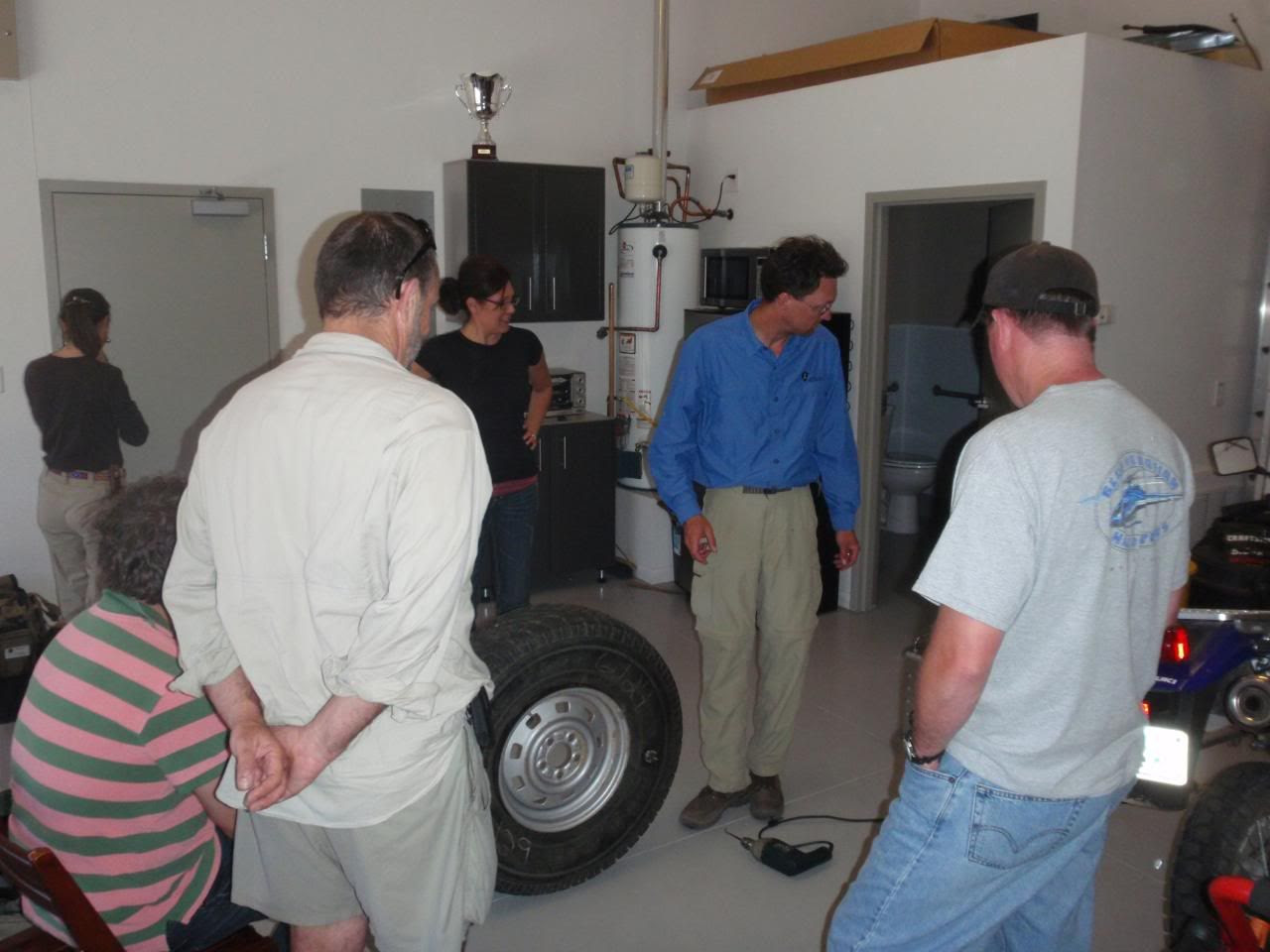 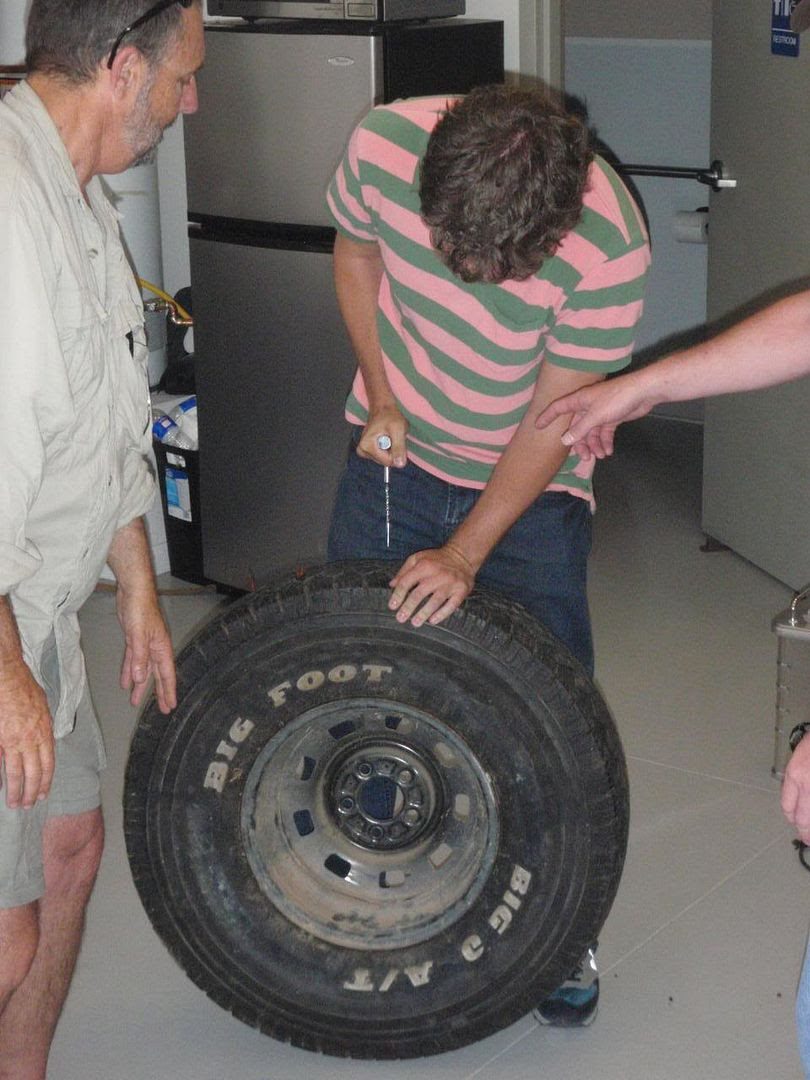 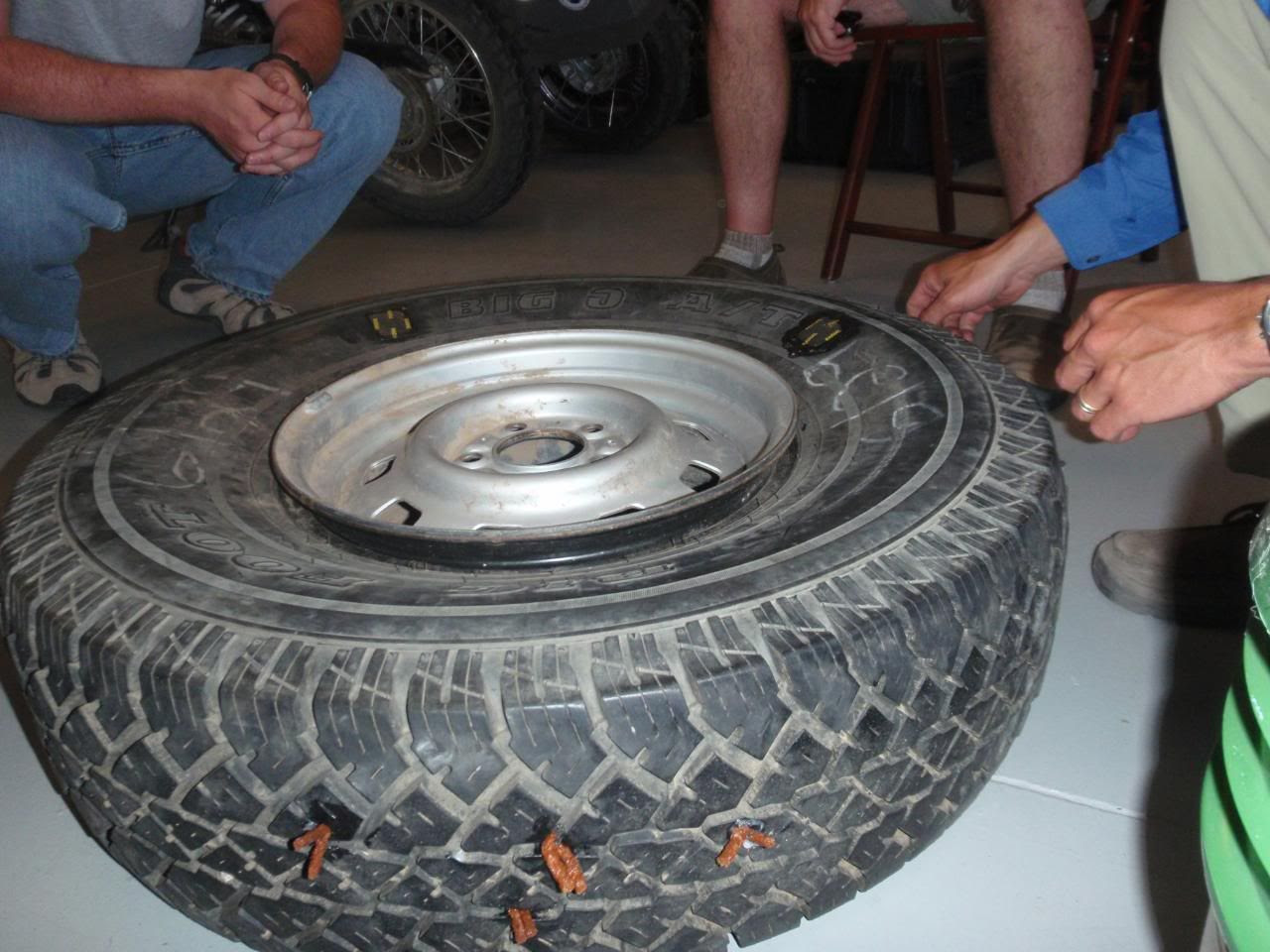 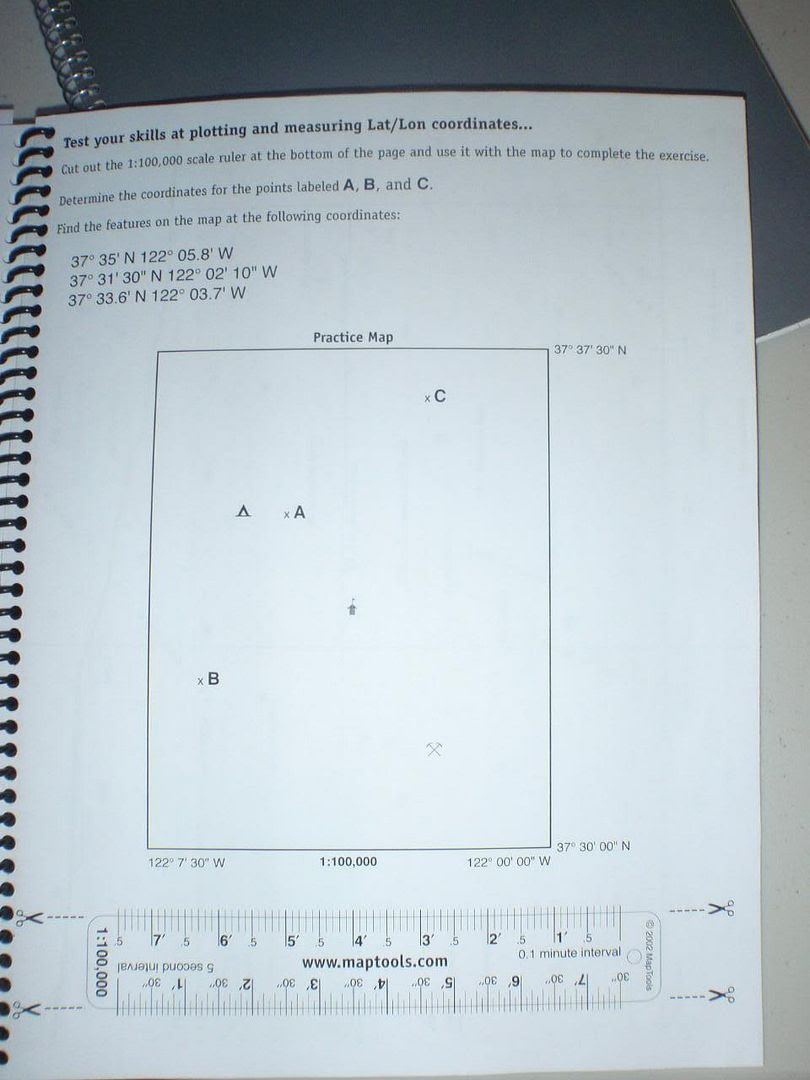 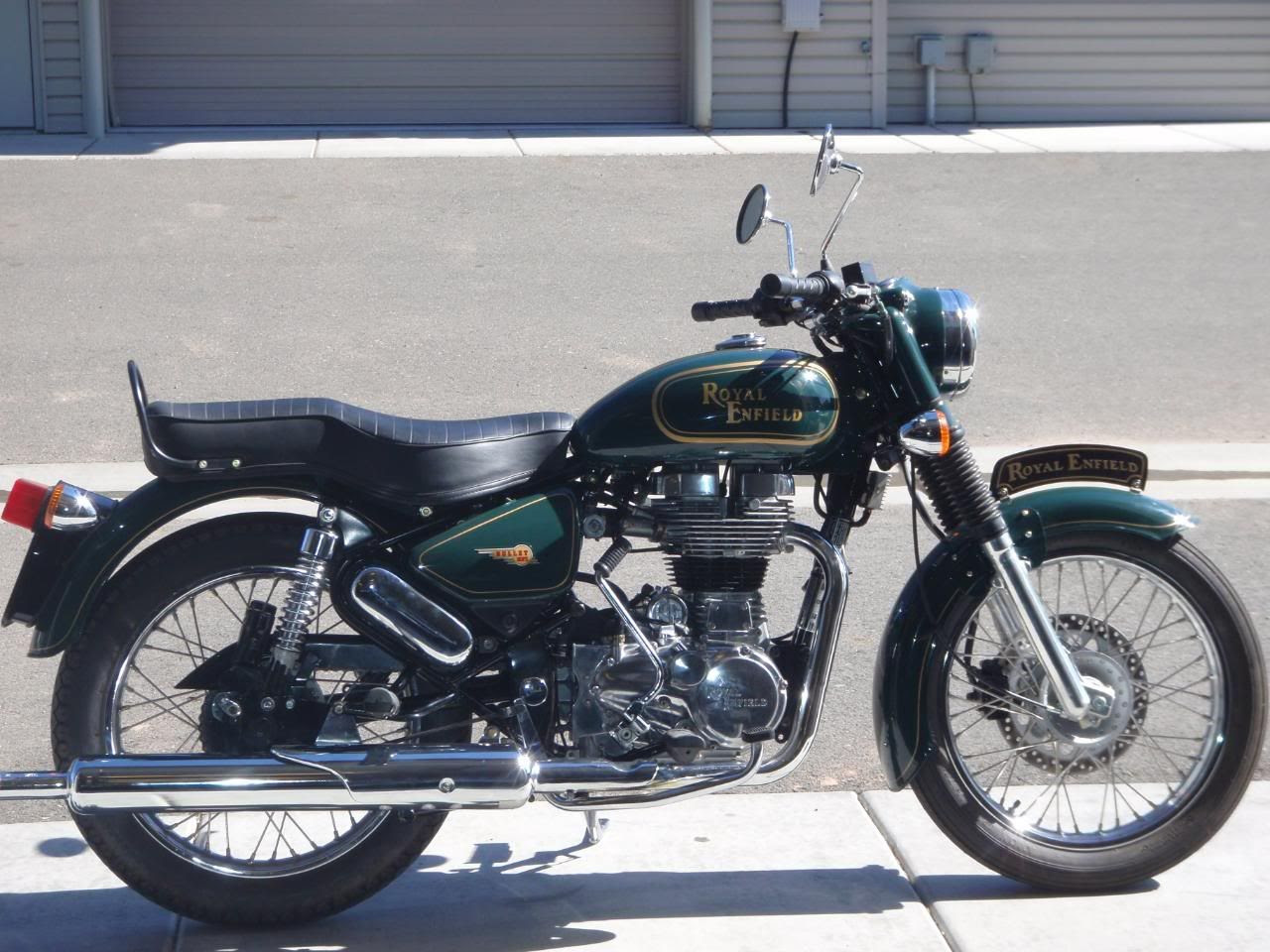 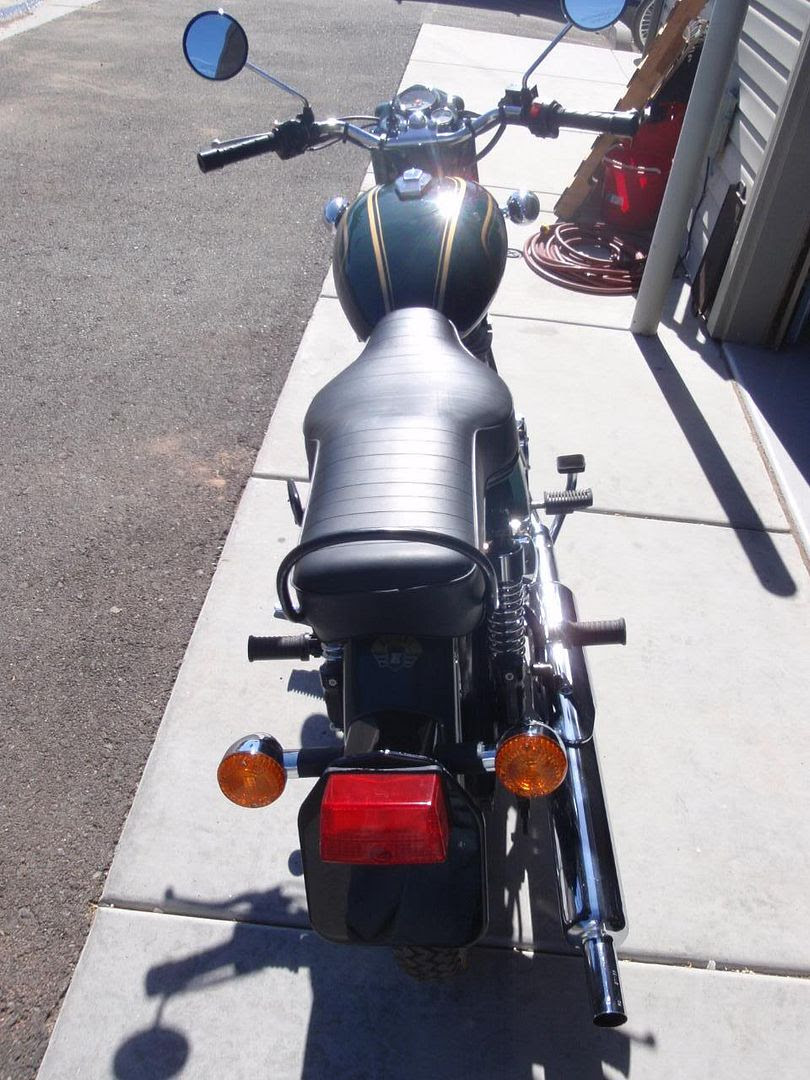